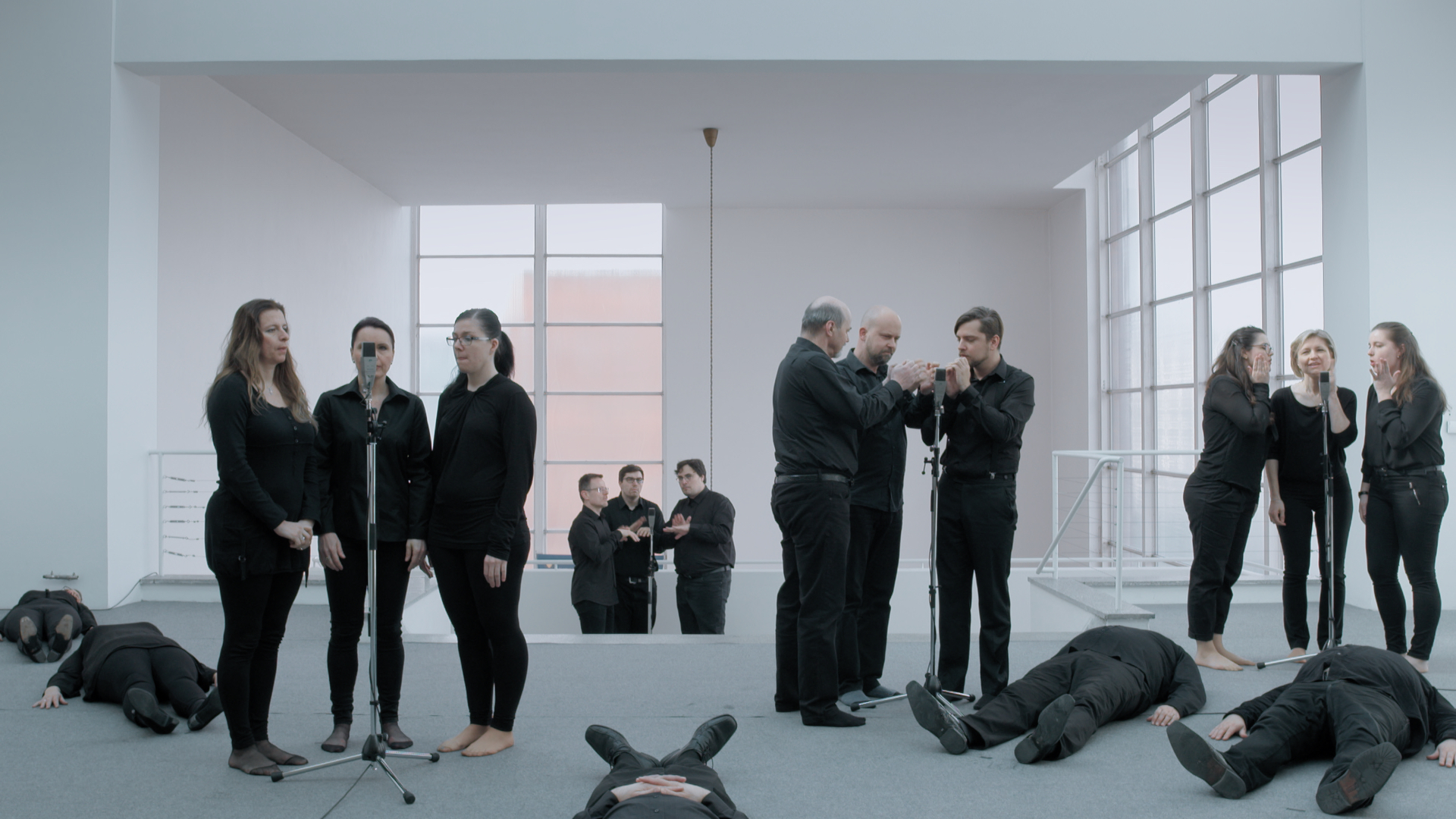 LIFE AS A COMPOSITION IN DOCUMENTARY OPERA

The documentary opera Kapr Code explores the ambivalent story of the progressive composer, experimentalist and prominent Communist Jan Kapr (1914-1988) who has almost been erased from official memory. In the 1950s, he became so renowned for his propaganda music that he received one of the highest accolades of the Eastern Bloc at the time – the Stalin Prize. He returned the award in reaction to the invasion of Czechoslovakia in August 1968. Subsequently, performances of his works were perpetually banned. Kapr then devoted his time to making Super 8 mm films, consisting either of footage documenting his own life or of idiosyncratic, fictional films. These never-before published materials come to life in a playful reconstruction of life after death where film and historical memory and Kapr’s music interweave to create a narrative whose dimensions are almost mythological.

Test I from the cycle Testimonianze for solo bass clarinet (1969)