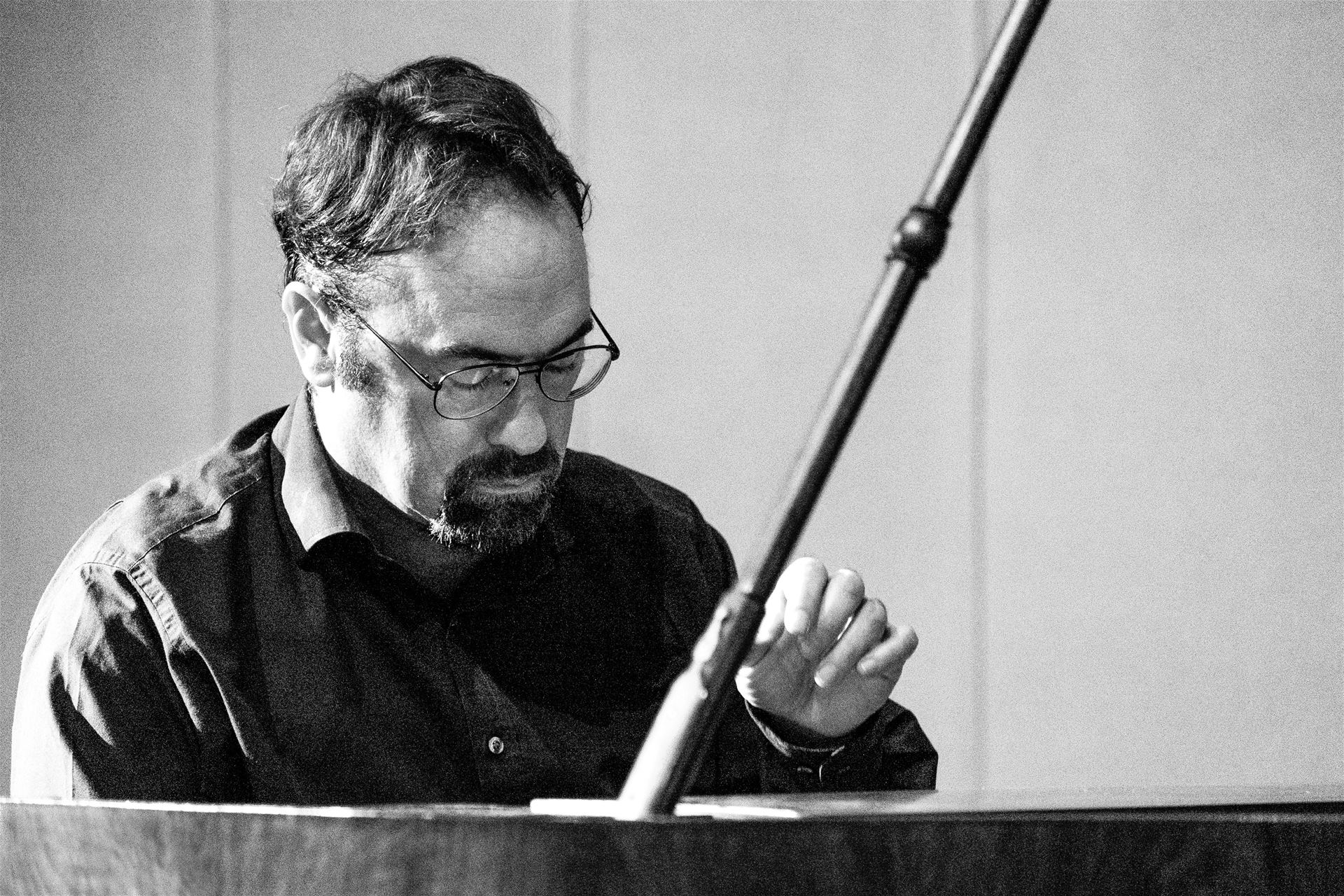 A two-day program of concerts and masterclasses with a dramaturgical focus on music composed between 1890-1915.

Tickets can be purchased for individual concerts or at a discounted price for both days.

Acclaimed pianist Jonathan Powell will commemorate the 150th anniversary of the birth of Russian composer-pianist Alexander Scriabin with a complete performance of his all-piano sonatas.

Academy of Performing Arts in Prague

British pianist Jonathan Powell focuses on 20th and 21st century music. Over last few years, Powell has performed several times Messiaen's cycle Vingt regards sur l’enfant Jésus, the complete works of Iannis Xenakis, the complete Klavierstücke by Karlheinz Stockhausen, and the 24 Preludes and Fugues by Dmitri Shostakovich. His recording of Sorabji’s Sequentia cyclia over seven discs, on Piano Classics was received rapturously by critics and was awarded the German Critics’ Disc Prize (Preis der Deutschen Schallplatenkritiken). In 2022, he was invited by pianist Igor Levit to perform the work at the 2022 Heidelberger Frühling. Recent CD releases include the première recording of Hans Winterberg’s 1st Piano Concerto, with the Berlin Radio SO under Johannes Kalitzke, for Capriccio. In July 2022 he recorded Xaver Scharwenka’s 1st Piano Concerto for CPO with the Poznań Philharmonic with conductor Łukasz Borowicz. Powell is invited to give solo recitals at festivals in Europe and the United States (Festival Radio France Montpellier, Raritäten der Klaviermusik am Schloss vor Husum, Vredenburg Muziekcentrum in Utrecht, Musica Sacra in Maastricht, and the Fundación BBVA series in Bilbao). In recent years, he has also performered in the sold-out Kammersaal of the Elbphilharmonie, for the BBC, Radio France, Radio Netherlands, Radio Deutschland, and for the Czech Radio. He was artist-in-residence at the University of Oxford, where he was invited to give solo recitals, lectures and master classes.

Since 1987 when they began playing together, Carles and Sofia’s international career has led them to appear in famous venues like Carnegie Hall (New York), Palau de la Música Catalana (Barcelona), Sala Verdi (Milan) or Teatro Solís (Montevideo). They regularly perform in world capitals at recitals for four hands or with orchestras. Both were born in Girona (Catalonia, Spain) and showed exceptional musical talent early on. Their repertoire ranges from Bach to 21st century and includes all major works for piano four hands together with the most brilliant and demanding orchestral transcriptions. Carles and Sofia record for KNS-classical and their discography includes more than 10 CDs of major works by Schubert, Brahms, Rachmaninov, the complete works of John Carmichael, exclusive Spanish repertoire by Albenize and Falla, as well as exceptional Goyescas and Brahms Lieder projects. Carles and Sofia are also involved in a variety of different efforts geared towards promoting and spreading classical music and classical artists, having founded and developed different series of concerts and festivals, along with TV projects. They have always been committed to helping with social needs. In 2001, her Royal Highness Margarita de Borbón presented to them an honorary distinction from UNICEF, in recognition of their humanitarian efforts. In 2012 they founded their own solidarity project Concerts4Good, Music on a Mission. In 2017, Carles & Sofia piano duo were awarded the Estrella de Oro a la Excelencia Profesional and the Medalla de Oro al Mérito en el Trabajo, and the Cruz Europea de Oro (2018). In 2021, they founded their own foundation, the Carles & Sofia Music Foundation.

The Ivan Moravec Academy was founded in honour of the eminent Czech pianist and teacher Prof. Ivan Moravec. Its initiators and organizers, pianist Jan Bartoš and the Czech Philharmonic set the goal of commemorating not only this extraordinary personality of Czech music, but also to develop what Ivan Moravec believed in all his life - the future of young musicians, whom he constantly supported and educated. The Academy builds on his renowned masterclasses, lectures, and listening seminars, which have shaped many generations of professional musicians and the general public. The Ivan Moravec Academy is supported by the Norwegian Funds, the Ministry of Culture of the Czech Republic, the City of Prague, and the Stadler-Trier Music Foundation. The event is partnered by the Czech Philharmonic and the Academy of Performing Arts.