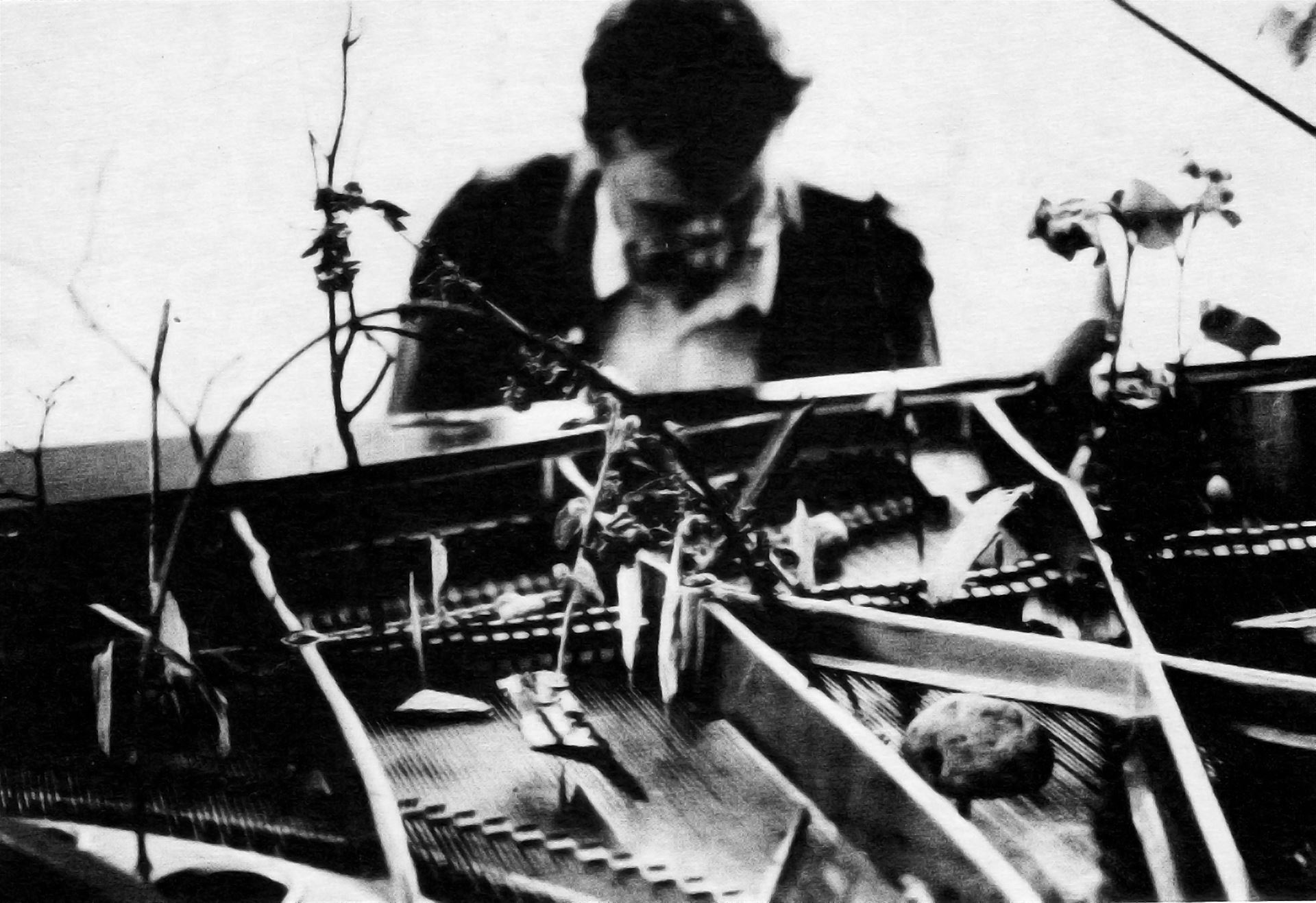 Martin Opršál and Radim Hanousek have been combining the sounds of marimba and saxophone or bass clarinet and searching for new sound possibilities and encountering more extreme territories of sound for quite some time already. Since 2013, both of them have also collaborated as part of the project Dust in the Groove, which blends together contemporary music, jazz and free improvisation in a completely free, natural and communicative way. In addition to many common concerts, improvisation sessions and friendly encounters, Radim Hanousek also shares with Swiss composer and trombonist Roland Dahinden the interest in the music of Anthony Braxton. Together they have produced three renditions of Braxton’s compositions for large ensembles, the last of which took place in 2021, when Dahinden, as the student, bandmate and friend of Anthony Braxton, conducted the concert of Braxton’s music as part of the festival Prague Music Performance in the presence of the very author.

All three of them met for the first time in 2021 at the festival Exposition of New Music, where Dust in the Groove performed Dahinden’s composition Charlie Chat under the direction of its author. A spontaneous decision led the trio into the studio. The album, which was released in April 2022 and was recorded together by the three improvisers in just two days, shows them sharing musical invention, friskiness and joy from perceiving mutual interlacing, dissemination and circulation of both musical and non-musical ideas. At concert, they will be joined by a trio of remarkable musicians – Norwegian trumpet player Didrik Ingvladsen, Hanousek’s long-term collaborator from the NOCZ quartet and Didrik Ingvaldsen Orchestra, American double bass player and founder of Prague Improvisation Orchestra George Cremaschi and composer and pianist Peter Graham from Brno.

Roland Dehinden is a Swiss composer and trombonist. As a trombonist he specializes in the performance of contemporary music and improvisation/jazz. He has given concerts throughout Europe, America and Asia. Composers such as Peter Ablinger, Maria de Alvear, Anthony Braxton, John Cage, Peter Hansen, Hauke Harder, Bernhard Lang, Joelle Léandre, Alvin Lucier, Chris Newman, Pauline Oliveros, Hans Otte, Lars Sandberg, Wolfgang von Schweinitz, Daniel Wolf and Christian Wolff have written especially for him. In 2005, the CD Silberen was picked as one of the 'Top Classical Albums of the Year 2004' by The New Yorker. As a composer he collaborated with visual artists Guido Baselgia, Andreas Brandt, Stéphane Brunner, Daniel Buren, Rudolf de Crignis, Philippe Deléglise, Inge Dick, Rainer Grodnick, Sol LeWitt, Lisa Schiess, with the architects Morger & Degelo, and with the author Eugen Gomringer. His exhibitions with sound installation and sculptors are shown in Europe and America.

Currently a postgraduate student of the Music Faculty of the Janáček Academy of Music and Performing Arts Brno (HF JAMU), Radim Hanousek focuses on various forms of improvisation, intermediality and projects on the boundary of jazz and contemporary classical music, both as performer (saxophonist) and composer. In 2009 he cofounded the Norwegian-Czech jazz quartet NOCZ; since 2014 he leads his own ensemble Dust in the Groove and as musical improviser he collaborates with musicians from all over Europe. He also organises workshops for children on the theme of improvisation and graphic scores, as well as composing music for theatre and audiobooks. He is the artistic director of the jazz programme of the Ponavafest Brno international festival and the internet radio station Rádio Ponava.

Martin Opršál is one of the founding members of Central European percussive instrument ensemble DAMA DAMA which won the international competition of percussive orchestras in Netherlands. His instruments of choice are marimba and other melodic percussive instruments. At his concerts, he single-mindedly presents compositions written for these instruments in Czech as well as world premieres. He recorded and released the CD Reverberations featuring solo and chamber music for marimba. Opršál also collaborates with the Prague BERG Orchestra, Ensemble Opera Diversa from Brno and with the Ostrava Center for New Music. He pursues multigenre projects in ensembles Dust in the Groove and SWOMP. He also contributed to two CDs of Iva Bittová and the recording of the symphony of jazz legend Joe Zawinul Stories of the Danube. In 2019 he appeared as a soloist with Prague Philharmonia and BERG Orchestra, among other ensembles. Currently, he is the head of the Department of Percussive instruments at the Janáček Academy of Music and Performing Arts.

Peter Graham is a professor of composition and conducting at Janáček Academy of Music and Performing Arts in Brno. Until recently, he was artistic director of the Exposition of the New Music Festival. His greatest interest, however, is in composition. Graham says of his own music that it "grows as does timber in a forest" without predetermined plans and goals. He is concerned with creation itself rather than the cultivation of the personality: " I am what I do." Several of his works have met with success at performances in Great Britain, Germany, Poland, Austria, Italy, Romania, Holland, Sweden, France, and the USA. In 1993 his chamber cantata Der Erste gained him second prize in the Musica Iudaica festival's international competition for works on texts by Franz Kafka.

George Cremaschi was born in New York where he also studied music, composition and the double-bass. He has written compositions for dance performers, installation artists, musical improvisers, poets, films, radio, theatre, and orchestras – he has also performed in many of them. He has collaborated with many outstanding artists and has performed on more than fifty recordings. Currently he lives in Prague where he founded the Prague Improvisation Orchestra, as well as teaching at the Film and TV School of the Academy of Performing Arts (FAMU).